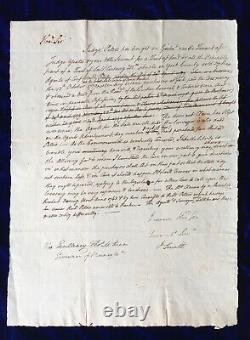 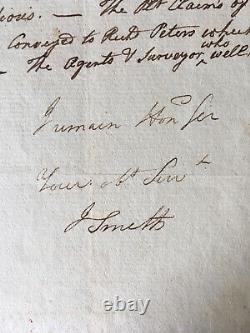 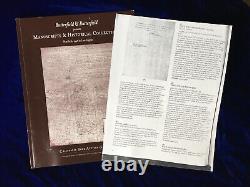 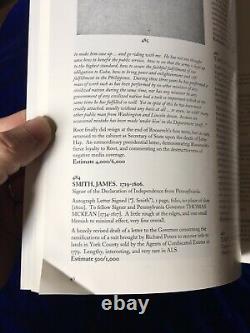 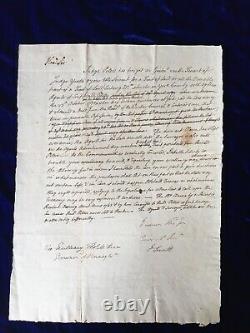 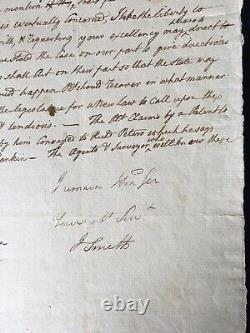 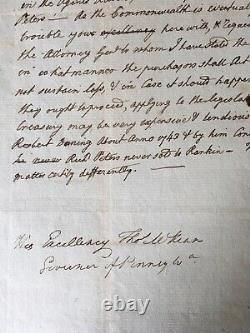 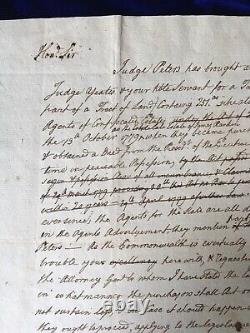 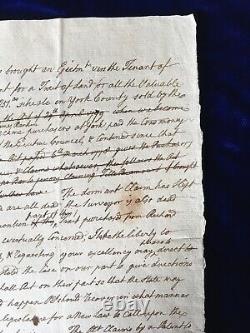 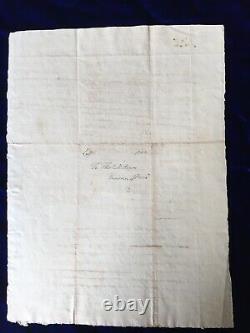 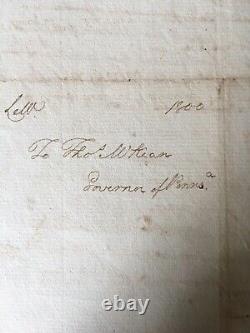 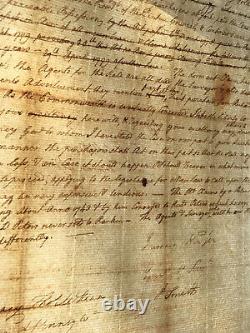 1 page, with original folds and address leaft on verso. Guaranteed Original Truly fantastic pieces of history. A must for the SERIOUS Collector of American History.

Brief History of James Smith - Signer from Pennsylvania. Smith, the second son in a large family, was born in northern Ireland about 1719.

When he was around 10 years old, his father emigrated to America and settled on acreage west of the Susquehanna River in York County, Pa. James studied surveying and classical languages at Rev. Francis Alison's academy in New London, Pa. And then read law in the office of his elder brother at Lancaster. He was admitted to the bar in 1745 and moved westward to the Shippensburg vicinity in Cumberland County.

A lack of clients and surveying work caused him about 1750 to relocate eastward to York, where he married a decade later. Although he was the only lawyer in town until 1769, he experienced difficulty in recruiting clients. Smith early emerged as a local Whig leader. In 1774, at a provincial convention in Philadelphia, he supported nonimportation measures and advocated an intercolonial congress. That same year, at York he raised a militia company, in which he served as captain and later honorary colonel.

At two provincial meetings in 1775-76, he championed the interests of the western counties and helped formulate resolutions calling for independence, the strengthening of defenses, and establishment of a new provincial government. During the latter year, he sat on the drafting committee in the State constitutional convention. Elected to Congress (1776-78) on July 20, 1776, after the vote on independence had been taken, he arrived in Philadelphia in time to sign the Declaration. Among his colleagues he gained a reputation as a wit, conversationalist, and eccentric. During the period 1779-82 Smith held various State offices: one-term legislator, judge of the Pennsylvania high court of errors and appeals, brigadier general in the militia, and State counselor during the Wyoming Valley land dispute between Pennsylvania and Connecticut. In 1785 he turned down reelection to Congress because of his age. His major activity prior to his retirement in 1801 was the practice of law. Smith died at about the age of 87 in 1806 at York, survived by two of his five children. His grave is in the First Presbyterian Church Cemetery. This item is in the category "Collectibles\Autographs\Historical".

The seller is "pa-history-coll" and is located in this country: US. This item can be shipped to United States.