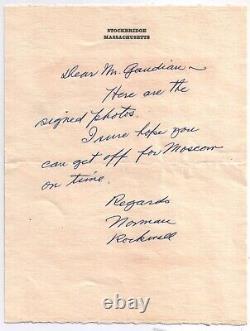 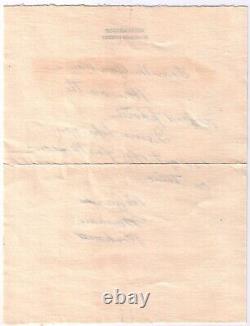 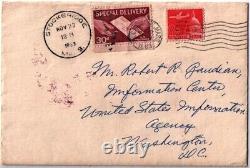 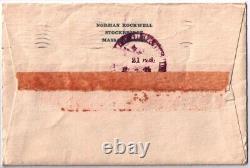 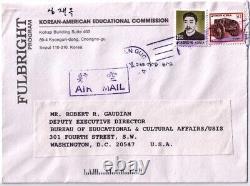 This short, succinct and somewhat historical note was mailed by Mr. 20th, 1963, two days before JFK was assassinated. Next, look at the topic; Mr. Rockwell is acknowledging that he has delivered to Mr. Gaudian of the United States Information Service (USIS) signed photos hoping they are in time for Mr. Gaudian's trip to Moscow. Then look at the envelope, the letterhead and the signature and compare it to any of Norman Rockwell's. Robert R Gaudian, Deputy Executive Director, Bureau of Educational & Cultural Affairs/USIS, 301 Fourth Street, S. Imagine my surprise when I pulled this note out of the envelope! I believe it was originally retained simply for the stamps on cover and has been hidden in its plastic case for many years, its true treasure concealed by a layer of stationery. True, I have not had the document authenticated, but I myself in former Federal employment have examined thousands of documents for authenticity, including circumstantial evidence and signatures, and from all of the examples that I have viewed, the circumstance and importance of the note, I believe it is authentic. This item is in the category "Collectibles\Autographs\Historical". The seller is "musicale" and is located in this country: US. This item can be shipped worldwide.