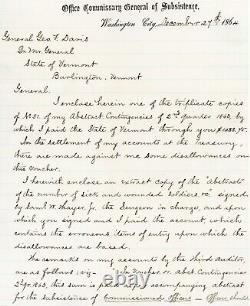 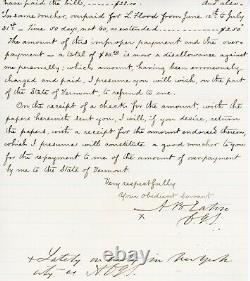 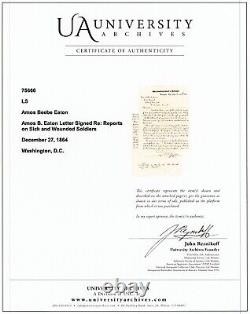 University Archives (John Reznikoff) Certificate of Authenticity (COA) included. Amos Beebe Eaton (1806 - 1877) was a career officer in the United States Army, who served as a Union general during the American Civil War. After a promotion to lieutenant colonel and assistant commissary general in 1861, Eaton was tasked with creating an effective supply system for the Union Army, which was overwhelmed by the large number of troops enlisting at the beginning of the war. His commendable work led to President Abraham Lincoln's July 6, 1864 appointment of Eaton to the rank of brigadier general.

This item is in the category "Collectibles\Autographs\Historical". The seller is "treasurequest8" and is located in this country: US.