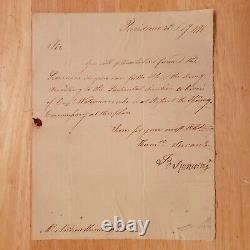 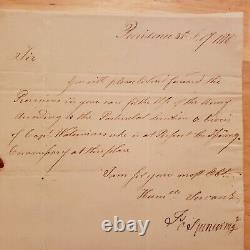 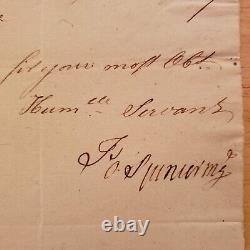 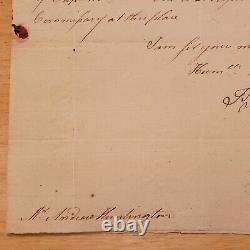 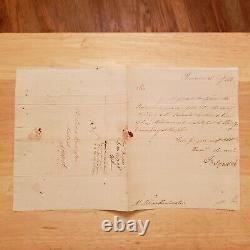 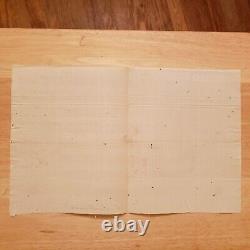 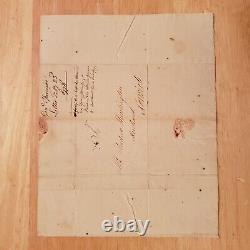 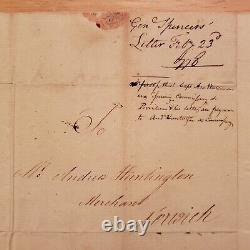 Rev War MAJOR GENERAL Joseph Spencer SIGNED Letter. WAR DATE Letter from Providence, RI / February 23rd 1778. NICE CONTENT - PROVISIONS "for the use of the Army". VERY RARE opportunity to acquire an authentic document of Revolutionary War date SIGNED by a MAJOR GENERAL in the Continental Army. As a longtime collector of Rev War manuscript documents, I have observed a steady decline over the past 10 years in the number of fine documents offered for sale that are autographed by "GENERAL" Officers in the fledging American Army. With the DUAL Anniversaries (250th) of BOTH the START of the Revolutionary War (April 19th 1775) and the SIGNING of the "Declaration of Independence" (July 4th 1776) approaching in 2025 and 2026, there is sure to be a renewed interest in our country's early history once more, much as I observed during our country's BICENTENNIAL period (1975 - 1976). The desirability of owning some of these very scarce historical documents will likely become common place again. Consequently, I see no financial downside in starting a Rev War collection now before prices skyrocket. UNCOMMON, authentic Revolutionary War LETTER genuinely SIGNED by Continental Army MAJOR GENERAL Joseph Spencer , with EXCELLENT commentary seeking PROVISIONS "for the use of the Army". Letter is one-page in length and written from Providence (RI) on February 23rd 1778. The letter has an attached integral address leaf which is addressed to Mr. Andrew Huntington MERCHANT Norwich (Connecticut). Letter reads in FULL, Sir, you will please to send forward the Provisions in your care for the use of the Army according to the Particular direction or orders of Cap't Waterman who is at Present the Issuing Commissary at this place. Letter would FRAME up and display beautifully along with a steel engraving of General Spencer. Joseph Spencer SIGNED documents and particularly letters from the Revolutionary War seldom turn up for sale. In a 1967 Manuscript Society publication, John F.

Reed contributed an article, a chapter titled "Revolutionary Rarities". In it, he lists the autograph of JOSEPH SPENCER under the "RARE" category , providing some important perspective as to the availability of Joseph Spencer's WAR DATE signature up until that point in time among knowledgeable, early American autograph collectors. From my own experience over the past 30 years, Spencer's autograph continues to remain elusive of WAR DATE. JOSEPH SPENCER (1714 - 1789) studied law at Yale College in 1746, becoming a Connecticut attorney and a Judge of Probate. As a soldier, he served as a Lieutenant Colonel in "King George's War", the last "French and Indian War", and as a Major General during the Revolutionary War.

CONDITION: letter measures about 7 ½ x 9 ½ inches in size, with the integral address leaf of equal size. It is in SUPERB overall condition with a bold, dark signature by General Spencer.

There are some horizontal and vertical folds, but NO rips / tears, or fold breaks. There is a small, trace amount of the original red wax seal on the integral address leaf and along the left border of the letter itself (see SCANS). The signature / autograph of MAJOR GENERAL Joseph Spencer is guaranteed authentic.

Please let me know if you have any additional questions. Everything we sell is packaged with the utmost care. The comments are often - the best packaging I have ever seen or "bullet proof" packaging. You will receive the exact item pictured and in the same condition as described in my listing.

This item is in the category "Collectibles\Autographs\Historical". The seller is "doctorhoward" and is located in this country: US. This item can be shipped to United States.